A turning point for FTSE350 pensions?

Analysing the impact of DB pensions on UK business

After a number of difficult years, let’s hope that 2017 is seen as the turning point for the defined benefit (DB) pension schemes of the UK’s largest public companies.

Although contributions to pay down DB scheme deficits are on the increase, companies appear to be in a healthier position to deal with this based on the increase in free cashflow over the period.

With equities performing strongly and bond yields having a quiet year, the funding position improved for many of the FTSE350 DB schemes. Overall, the aggregate IAS19 deficit for companies in the FTSE350 reduced from £62bn in 2016 to £55bn in 2017.

While this is all good news, it would not take much to tip the balance the other way. Our analysis suggests that a 0.5% fall in bond yields could push the aggregate deficit of the FTSE350 DB schemes up to £85bn. 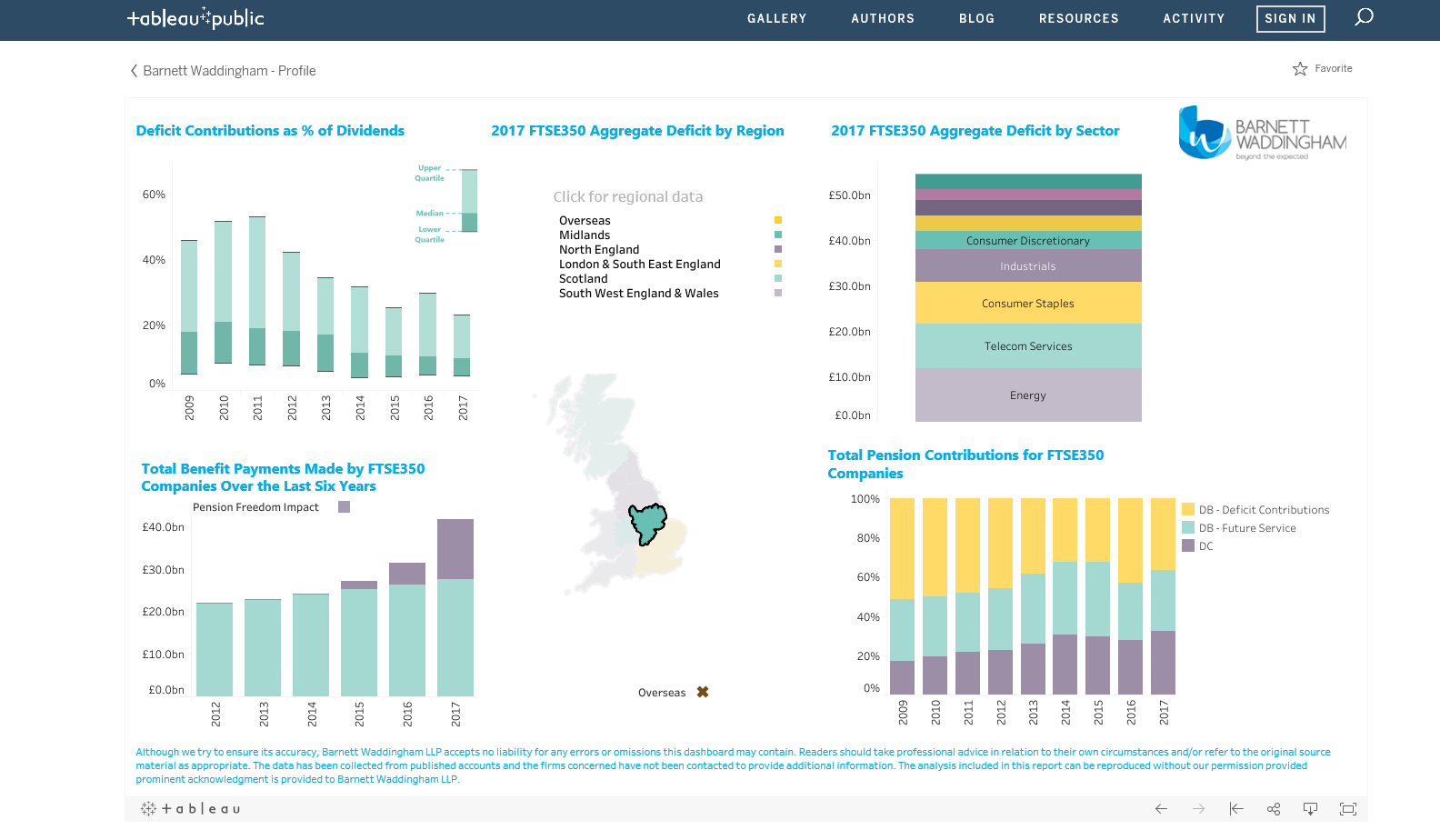 How do you compare to other companies in your region and sector?

Our Tableau dashboard allows you to look in more detail at the data behind our FTSE350 report, giving you richer insights that are relevant to your business.

Simply click on the sector or region that you are interested in to see how your company compares to the overall picture.

“With the health of the UK and global economy threatened by a lack of progress with Brexit and the threat of a trade war from Trump’s America First assault, there could a major impact on the size of pension deficits and the ability of FTSE350 companies to pay the contributions needed to clear these. "

Find out more about Nick

Further highlights of the research include:

The benefits paid from the FTSE350 DB schemes totalled £42bn in 2017, with around £14bn of this being a result of transfers to defined contribution (DC) schemes. This means that the FTSE350 companies are now paying out to DB scheme members an amount close to half of the UK Government’s State Pension budget.

With the Pensions Regulator’s focus becoming ever more concentrated on this issue, the average deficit contribution paid by FTSE350 companies as a proportion of dividends remained at 10% in 2017.

Affordability on the increase

Contributions to DB schemes made up close to 70% of the FTSE350 companies’ total pension cost. Given that the majority of current employees will be earning benefits in a DC scheme, are they paying the price for the generous promises made to the previous generation?