Women’s retirement savings are the victim of shortcomings in the fairness of pension frameworks and workplace imbalances. The gender pension gap and what can be done about it explores how the system is intrinsically biased towards men, creating a stark disparity in wealth at retirement.

The gender pension gap is the difference in pension savings for female savers compared to male savers. Our research reveals that it is not just the gender pay gap that causes the imbalance, but rather a collection of cultural, social and behavioural factors.

We believe the structure of the UK pension system has remained the same, whilst the environment around it and the people it safegards have changed considerably. This needs addressing by policy makers. However, we also outline incremental changes and recommendations for both employers and individuals to reduce the gender pensions gap. 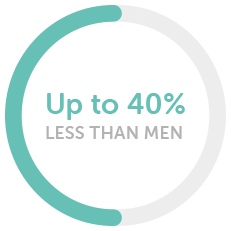 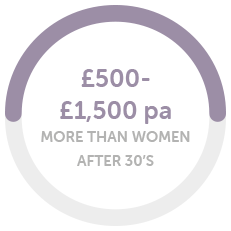 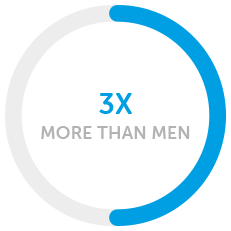 The driving force behind the gender pension gap is clearly the gender pay gap, with the disparity amplified in later life. Men and women generally have the same level of pensionable pay up to their early 30s. After this, pay begins to diverge.

Moreover, there is a greater proportion of women working in lower-paid professions, and potentially on zero-hour contracts, lowering the average contribution level.

In some pension schemes, there are three times more women earning less than the necessary £10,000 for auto-enrolment compared to men.

Whilst there are proposals to remove the minimum earning requirement, the report encourages policy makers to look at this sooner rather than later, and to also remove the upper age band for pensions auto-enrolment.

How can we bridge the gender pension gap?

Find out what can be done to spark change and ensure the UK pensions system is genuinely fair to all pension savers.